What is the Dayton Performing Arts Alliance?

The Dayton arts community is vibrant and rich but still, it’s tough times for everyone. What’s an arts organization to do? Well if you are the Dayton 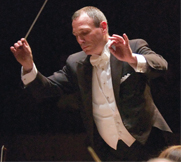 Philharmonic, the Dayton Opera, and the Dayton Ballet, you sit down together to figure out a way to support each other. This week it was announced that the three stalwarts of performing arts in Dayton have joined to create the Dayton Performing Arts Alliance. From the Dayton Philharmonic website:

Dayton, OH (February 14, 2012) – In mid-2010, the executive directors of Dayton Ballet, Dayton Opera, and Dayton Philharmonic, along with the chairs and presidents of their respective boards posed a question to themselves: do you think it’s possible to merge our three organizations?

Now, 16 months later those discussions have concluded in a merger which is the first of its kind in the U.S. The three organizations introduced themselves last week as the Dayton Performing Arts Alliance. The Dayton Performing Arts Alliance begins its new life with new funding. The newly formed Alliance has already received significant funding commitments or support including a $500,000 gift over two years from the Harry A. Toulmin, Jr., and Virginia B. Toulmin Fund of The Dayton Foundation and another $500,000 over two years from an anonymous donor, with a potential additional grant of $250,000 in year three. Encouraged by these two generous lead gifts the Dayton Performing Arts Alliance will continue to seek other sources of funding, with a strong indication of interest from a number of other Dayton organizations and individuals.

“The merger of the Ballet, Opera, and Philharmonic represents some of our best collaborative thinking as a community,” said Dick DeLon, Dayton Philharmonic Board Chair. “We are planning for future success by creating a single management structure and business operating unit, while preserving and promoting the integrity and identity of each of the participating arts groups.” The question the arts groups initially posed to themselves led them to The Dayton Foundation which was able to provide a structure and financial assistance for their successful merger discussions. Mike Parks, The Dayton Foundation President, commended the three arts organizations for their spirit of innovation and creative thinking about how to enhance and even transform performing arts for the benefit of the community. Parks said, “Over the past 16 months, The Dayton Foundation was also pleased to assist their management and Boards with funds from the Nonprofit Alliance Support Program. The program, funded by The Dayton Foundation, the Dayton Power & Light Foundation, and Montgomery County (OH), is designed to support partnership and merger explorations of nonprofits.”

“It took great foresight, courage, and leadership to engage in the complex due diligence process and
pursue a common vision. We are thrilled with what this first-in-the-nation merger will mean for Greater
Dayton. The Dayton Ballet, Opera, and Philharmonic are integral to the cultural health of our
community, and this merger, this act of renewal, energizes our culture for generations to come,” Parks
said.

That’s thinking outside the box! Read the entire announcement here.

I’ve had transplants to Dayton tell me that they are surprised that we still have an orchestra, or an opera, because bigger cities shuttered their’s years ago.  Hopefully the arts legacy our industrialist leaders from the past have given us will continue to enrich the lives of Daytonians for many more years to come.

← Prev: How to build sweat equity in Dayton (without the sweat) Next: Welcome Home Grants in Dayton Ohio →

The Economic Impact of Buying a Home in Huber Heights

When you buy a home in Huber Heights, you're making an impact on our local economy. Let's connect today to explore your homebuying options together.

Forbearance programs are helping homeowners in Huber Heights manage their monthly mortgage payments right now. Let's connect and follow-up with your lender to make sure you have the information you need to make a confident decision.

You should go. No really, you should just take a day and go to Carillon Park in Dayton OH. Appreciate the rich history of our little town, we held more patents per capita than any other U.S. city until the mid 20th century. Giants walked these streets and their legacy...